LaLiga condemn racist abuse directed at Vinicius Jr after the Real Madrid star was called a ‘monkey;’ vow to work with police to bring perpetrators to justice 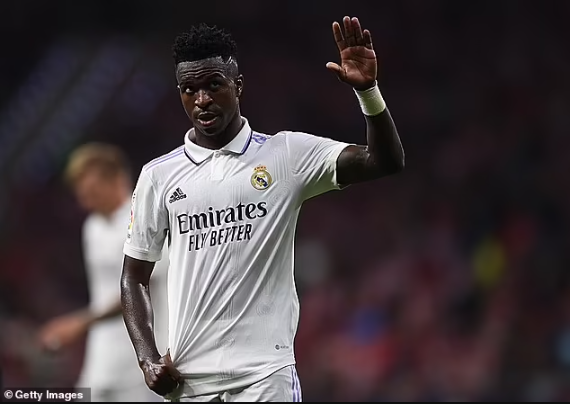 The Brazilian forward was subjected to vile ‘monkey’ chants by Atletico supporters before and during the match with one also shockingly holding up a racist doll outside the ground before the Madrid derby on Sunday, which Los Blancos won 2-1. 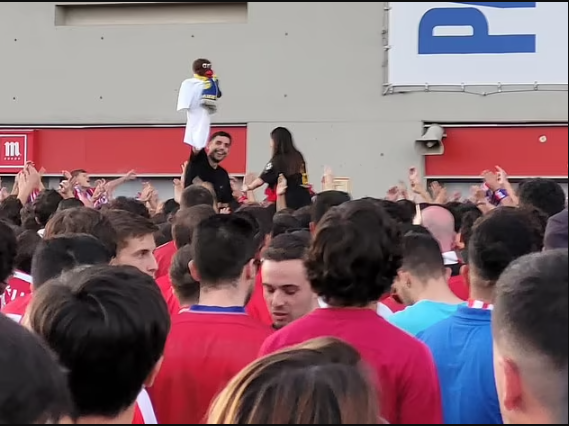 LaLiga have now spoken out against what they called ‘hate speech’, insisting they will work with police to bring the perpetrators to justice for their crimes.

A LaLiga spokesperson said: ‘We denounce all incidents inside and outside stadiums. We work with clubs to keep our football friendly and enjoyable.

‘Hate speech has no place in La Liga and we always work with the clubs and the authorities to identify and bring to justice any such case.’

After the match, 14-cap international Vinicius revelled in his side’s win, posting lyrics to a chant mocking Atletico online.

In response to a fan who tweeted ‘Perdiendo las finaaleeeeeees…’ (losing the finals), Vinicius said: ‘Contra nuestro Real’ (against our Real) before adding in a separate tweet ‘y todo sigue igual…’ (and everything remains the same).

That translates into English as: ‘The years go by, and everything remains the same, losing the finals, against our Real, No matter what they say, they will never forget, They cried in Lisbon, They cried in Milan.’

Agent Pedro Bravo had caused massive controversy by accusing Vinicius of ‘playing the monkey’ on Spanish TV due to his dancing to celebrate his goals. Bravo has since apologised for his comments on Twitter.

His tweet on Friday read: ‘I want to clarify that the expression ‘playing the monkey’ that I have misused to qualify Vinicius’ goal celebration dance was done metaphorically (‘doing stupid things’). Since my intention was not to offend anyone, I sincerely apologize. I am sorry!’